Welcome to BoutiqueSpeak, a news source for the residents and fans of Boutique Apartments. Here we’ll post about upcoming events, neighborhood goings on, and news about our apartments. 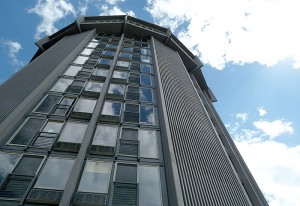 Congratulations to Turntable Studios for winning the “Rise to the Challenge Award” given by the U.S. Green Building Council.

Turntable Studios is a 13-story, 94,000 SF former hotel next to Sports Authority Field that has been transformed into Denver’s first micro apartment project. Consisting of 179 converted apartments, with 168 studios at 339 square feet, four one-bedrooms at 664 square feet and seven two-bedrooms at 820 square feet, Turntable Studios allows for lower income residents to be close to where they work. The re-use building has energy-efficient windows, LED lighting and is close to public transportation.

Find out about our pet policy, how to qualify, our application process, and more ...

If you’re ready for a tour, or have questions not answered in our FAQ, fill out our guest card.

Stay in the loop